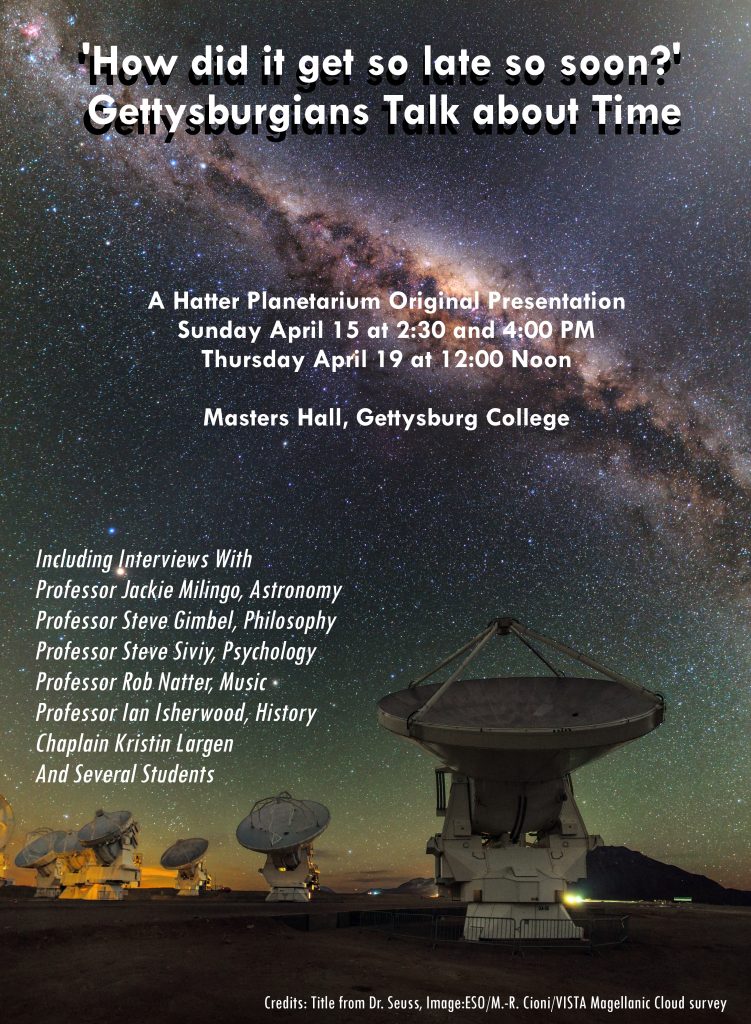 The show is coming together and were getting pretty excited! “’How Did it Get so Late so Soon?’: Gettysburgians Talk about Time” is planetarium show about time, structured around recorded interviews with Gettysburg faculty whose work in some way touches on time (Professors Milingo, Gimbel, Natter, Isherwood, Siviy, and Chaplain Largen). There are some impromptu person-on-the-street quotes from students as well. Time is productive ground for a planetarium show because there really isn’t a rigorous definition that would function across disciplines in all situations. The show makes no attempt to formulate such a definition, just creatively presents the different ways some academics think and talk about time. In addition to the interviews the show will include some narrated explainers on such things as special relativity and timekeeping. There will be fulldome time-lapse video of campus. And some underwater fulldome video (really!). ​