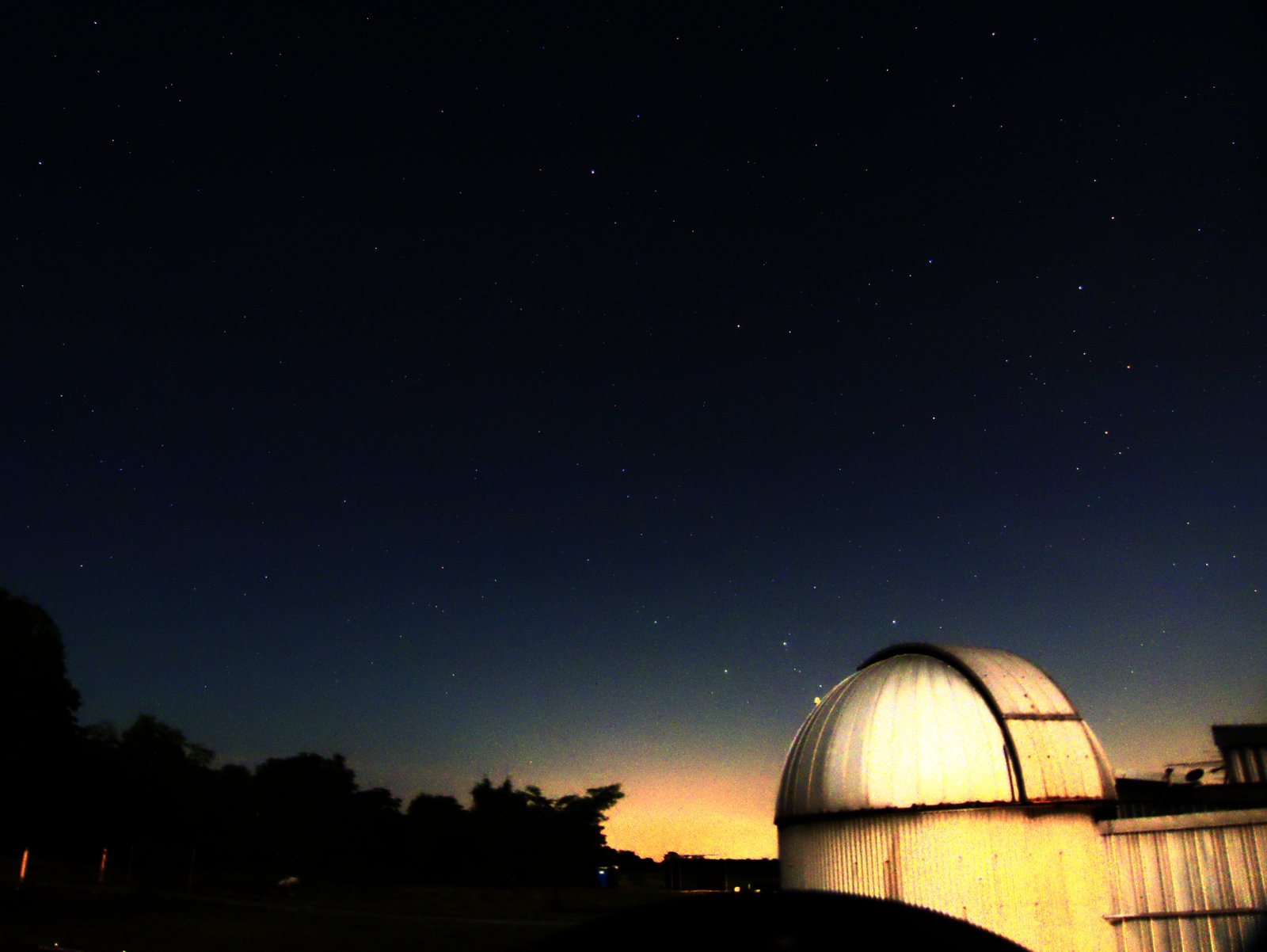 The late November Hatter Planetarium / WZBT astrominute is on the air and on line. Text below the link:

Here is your Gettysburg Astrominute for late November, 2014. The evening skies will be moonless the week of the 16th but look for a growing crescent moon in the west after sunset the following week. On Thanksgiving night, a 23% crescent will be shining just above Mars in the southwest. Official winter is still a month away, but with the sun now setting in before 5:00 PM, it feels like it’s here now. The true harbinger of the season – Orion, the great hunter – is now rising due east by 9: PM. Look for it earlier and earlier as the weeks go by. Just as Orion is rising, look for the Pleiades – or seven sisters – half way up in the east. At midinight they will be almost directly overhead. (This was the time of year the ancient Celts celebrated Samhain, one of the predecessors of Halloween.) And at midnight, with the Pleiades overhead, turn back to the east to see Jupiter rising. It is not at its brightest now, but it’s still brighter than any star in the sky. The astrominute is a production of Gettysburg College’s Hatter Planetarium and WZBT.