After waiting several weeks for good weather, Thursday lab was finally able to get outside last night. The skies were clear and temperatures were in the 40s during the lab sessions. While we were setting up for lab, the International Space Station passed over low in the north, and I took the opportunity to photograph it. (This photo appears as the college photo of the day for 10/25.)

The main item on the agenda for this first session was a review of celestial sphere concepts. These included local coordinate system concepts (cardinal points, azimuth, altitude, meridian, and zenith) and equatorial coordinate concepts (celestial poles, equator, sidereal time). We toured bright stars and constellations: Summer Triangle, Great Square of Pegasus, the Big Dipper, and stars Capella and Fomalhaut. The Pleiades star cluster rose in time for the second group to see it. We also used a Celestron 8 telescope. After reviewing some terms from the telescopes and lenses lab, we looked at Albireo (color contrasting double star) and the Andromeda Galaxy.

As luck would have it, Caitlin Hay (Physics ’14) was working on a research project on the big telescope. We gave the students a tour of the observatory when she was not taking images, and she took time to explain her work on an eclipsing binary star. 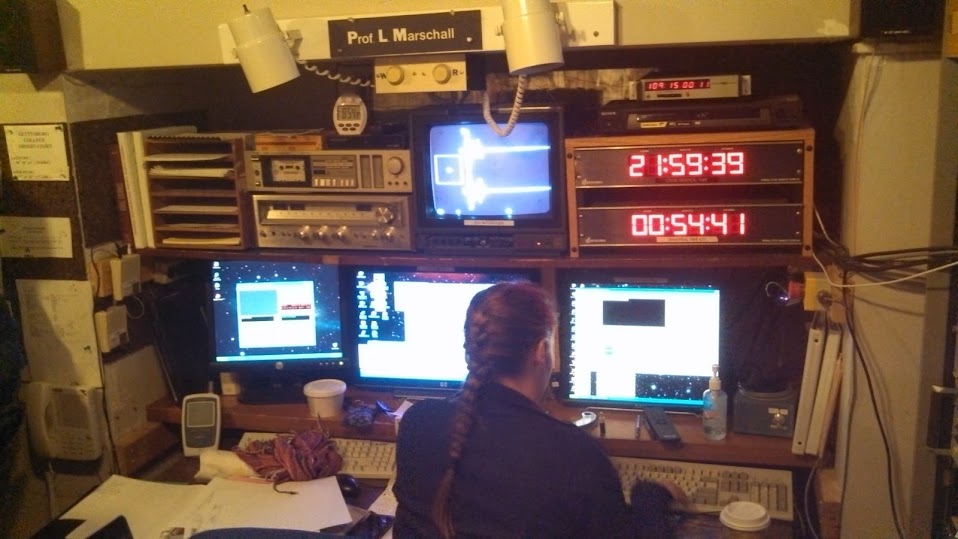 Final note: several students asked about the bright object they have been in the west after sunset lately. It’s Venus! It went behind the trees in this picture about 7:45 PM.